THERE is good reason to believe that St. Stephen was one of the seventy-two disciples of our blessed Lord. After the Ascension he was chosen one of the seven deacons. The ministry of the seven was very fruitful; but Stephen especially, “full of grace and fortitude, did great wonders and signs among the people.” Many adversaries rose up to dispute with him, but “they were not able to withstand the wisdom and the spirit that spoke.” At length he was brought before the Sanhedrim, charged, like his divine Master, with blasphemy against Moses and against God. He boldly upbraided the chief priests with their hard-hearted resistance to the Holy Ghost and with the murder of the “Just One.” They were stung with anger, and gnashed their teeth against him. But when, “filled with the Holy Ghost and looking up to heaven, he cried out, ‘Behold, I see the heavens opened and the Son of man standing at the right hand of God,’ they rushed upon him, and dragging him forth without the city, they stoned him to death.”

If ever you are tempted to resentment, pray from your heart for him who has offended you. 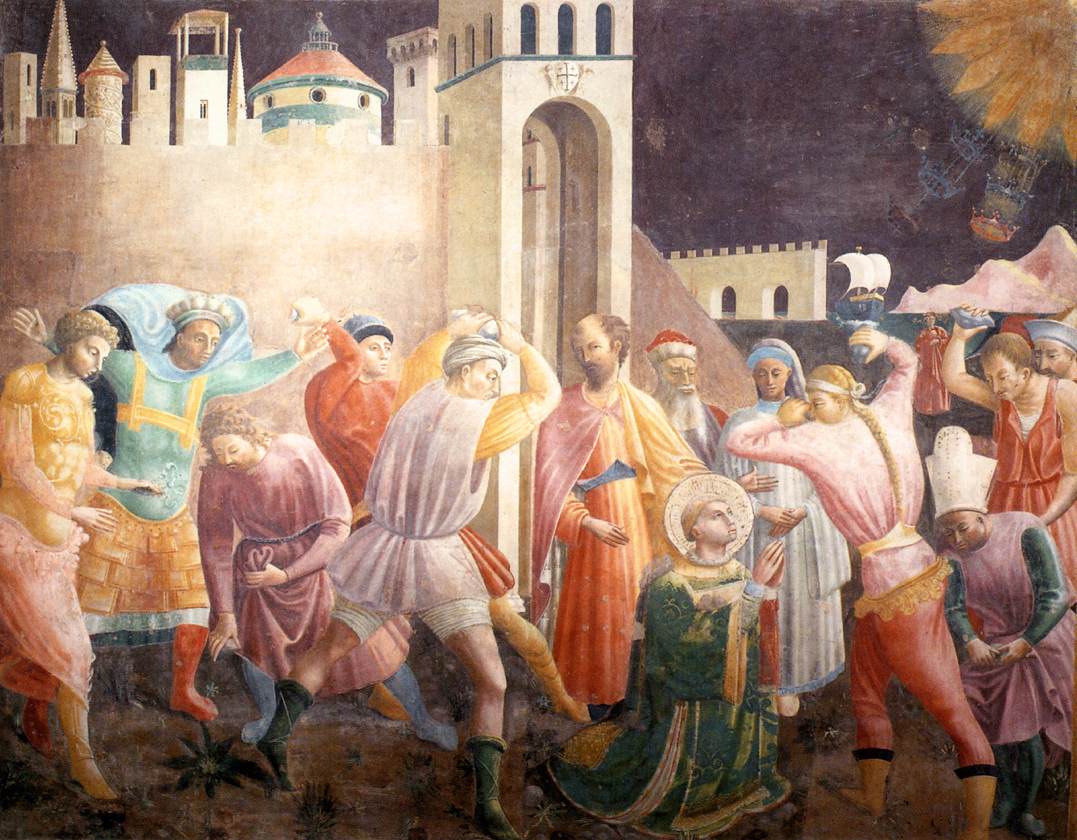 Stoning of Saint Stephen by Paolo Uccello. From Wikimedia Commons.

At length he was brought before the Sanhedrim, charged, like his divine Master, with blasphemy against Moses and against God.