ST. VERONICA’S parents were peasants of a village near Milan. From her childhood she toiled hard in the house and the field, and accomplished cheerfully every menial task. Gradually the desire for perfection grew within her; she became deaf to the jokes and songs of her companions, and sometimes, when reaping and hoeing, would hide her face and weep. Knowing no letters, she began to be anxious about her learning, and rose secretly at night to teach herself to read. Our Lady told her that other things were necessary, but not this.

She showed Veronica three mystical letters which would teach her more than books. The first signified purity of intention; the second, abhorrence of murmuring or criticism; the third, daily meditation on the Passion. By the first she learned to begin her daily duties for no human motive, but for God alone; by the second, to carry out what she had thus begun by attending to her own affairs, never judging her neighbor, but praying for those who manifestly erred; by the third she was enabled to forget her own pains and sorrows in those of her Lord, and to weep hourly, but silently, over the memory of His wrongs.

She had constant ecstasies, and saw in successive visions the whole life of Jesus, and many other mysteries. Yet, by a special grace, neither her raptures nor her tears ever interrupted her labors, which ended only with death. After three years’ patient waiting she was received as a lay-sister in the convent of St. Martha at Milan. The community was extremely poor, and Veronica’s duty was to beg through the city for their daily food. Three years after receiving the habit she was afflicted with secret but constant bodily pains, yet never would consent to be relieved of any of her labors, or to omit one of her prayers. By exact obedience she became a living copy of the rule, and obeyed with a smile the least hint of her Superior. She sought to the last the most hard and humbling occupations, and in their performance enjoyed some of the highest favors ever granted to a Saint. She died in 1497, on the day she had foretold, after a six months’ illness, aged fifty-two years, and in the thirtieth of her religious profession.

When Veronica was urged in sickness to accept some exemption from her labors, her one answer was, “I must work while I can, while I have time.” Dare we, then, waste ours? 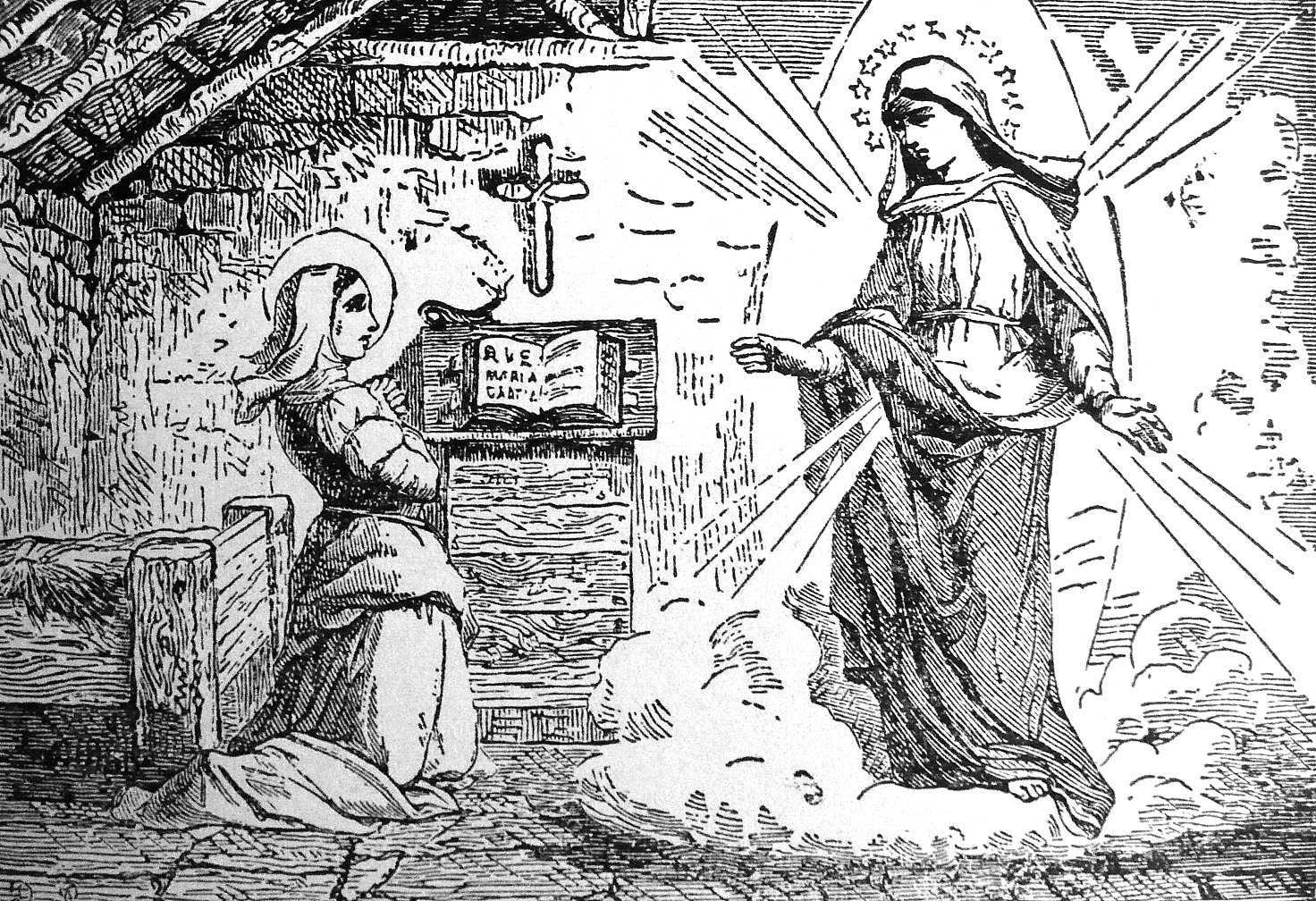 She showed Veronica three mystical letters which would teach her more than books.